I haven’t really been running very long and lots of my routes are circular which can sometimes lack the feeling of achievement as you finish in exactly the same place you start, only a couple of hours later. I’ve always liked the idea that when I was a confident enough runner I’d want to run from A to B instead of A back to A again. I’d been weighing up some different options for a couple of months; waiting for a break in my training so I didn’t risk a long run in to the unknown when I had specific events for which I needed to prepare.

After the Beach Head Marathon I knew I had a couple of months with no set goals in mind until the next training plan kicked in so I thought I’d make the most of still being “marathon fit” to just have an explore on a decent length run. I picked the section of the North Downs Way from Canterbury to Dover for a few reasons:

I’d been poring over maps for a few days in preparation. Being such a well known and well travelled path I was hoping that it’d be signposted along the way (it is-mostly) but I wanted to make sure I was able to get the most out of the run as possible and could use it to practise navigation on the move.

The first 4 km are tarmac, on paths through fields that seem to be mostly used by dog-walkers, leading up to the pretty village of Patrixbourne. The houses here are all beautiful and it makes a much more pleasant run than the semi-industrial back end of Canterbury that I’d just left behind. Not far after Patrixbourne the footpath turns off tarmac and I’m not ashamed to say I gave a little whoop as I left the road and felt trail under my feet, which was quite short-lived as at the top of the first hill the markers for the footpath seems to lead through brambles & stinging nettles and my immediate thought is that if the whole 25km remaining is this badly maintained it’ll be a very long journey. After a couple of steps and a few cuts I decide to bin the path, jump over the fence, and take my chances running through the field the path skirts. Much easier going and, keeping half an eye out for an irate farmer, I make it round to where the path joins the side of the A2 to find that it looks like they’re moving the path in to the field and just haven’t moved the signposts! Very happy I didn’t keep struggling through the brambles. 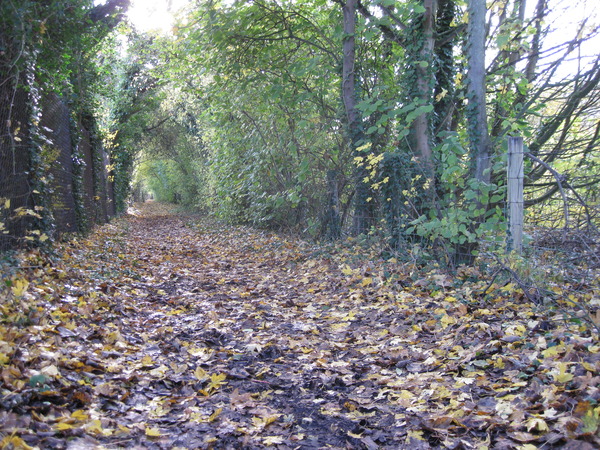 Through the trees next to the A2

From my time studying the map I was prepared for this to be a real low point in the run: about a kilometre stretch by the side of a busy dual-carriageway that had to be endured to get to the trails beyond. It turned out to be a tunnel of trees, shielding the main road from view, with a really gentle gradient and great path surface that was easy to fly along.

The next section passes through fields looking out over the Kent countryside, through farms and tiny villages. Passing through more fields I baa’ed at the sheep. They all just ignored me. As I ran through Shepherdswell I saw the first group of walkers I’d seen all day. I was shocked I’d travelled 16 km on the North Downs Way before I saw anyone else.

The route passes Waldershare House, which I’d never heard of before, it’s a huge mansion and the family seat of the Earl of Guilford. Once through a few small villages and the path turns due south you get to feel like you’re really heading towards Dover now and almost at the home stretch.

We’d had a few weeks of rain before this run and the sheer amount of muddy clay through this section was crazy. Even in proper trail shoes I was sliding around all over the place and almost lost my footing. 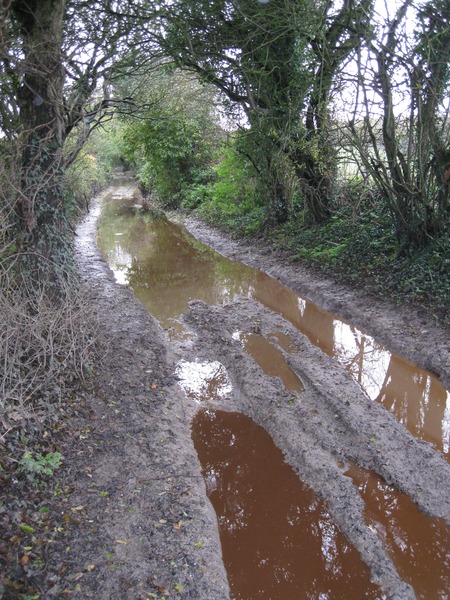 Moving slow wasn’t helping so it was just a case of keep trying to keep the feet going as quickly as possible so I’d already passed a section before the mud could slide away from me.

After the short detour from the original route (to cross the A2) I met a guy in sandals, carrying a staff, so I stopped for a chat. He’d set out from Aosta in Italy on September 1st, walking the Via Francigena to Canterbury. We discussed the rest of his route, he had 30km left to go, and how he was prepared to walk all night in order to arrive in Canterbury for the next day. I was awestruck: this guy had walked for almost 3 months, across the entire length of France, to make his pilgrimage to Canterbury and he was only one day away from his destination. We chatted a bit more, shook hands, wished each other luck, and I started the downhill stretch to Dover.

As I slipped and slid my way down this steep section my admiration for the guy grew as I realised how hard it must’ve been for him to climb up, wearing only sandals and with a huge rucksack. I passed metre-long gouges in the clay where he must’ve kept skidding back down so I wished him luck again that the remainder of the journey would be easier than the section he’d just travelled.

I sped through Dover as quick as I could (because it’s Dover!) to cross the finish line, keep going, and jump in the sea. 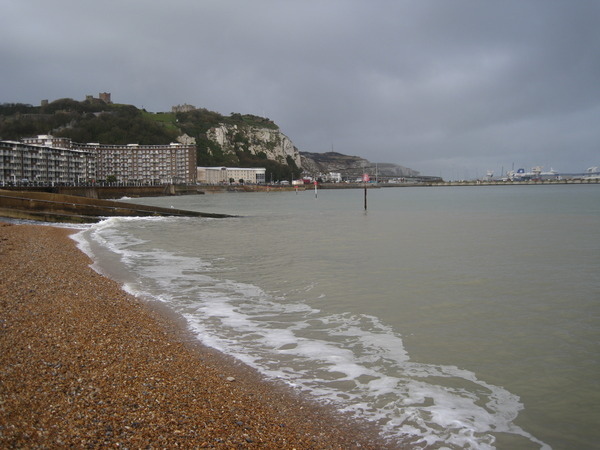